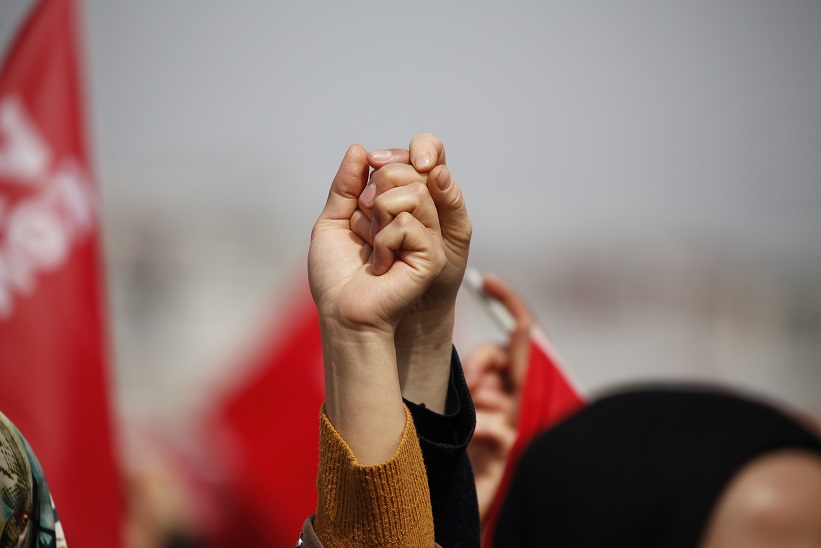 Hand in hand the Convoy of Conscience travelled decisively with a strong love and compassion for those in urgent need of protection regardless of language, belief or race. Bringing together
thousands of conscientious women to one place, the Convoy of Conscience has achieved its first purpose of drawing world’s attention to imprisoned and persecuted women in Syrian prisons and more importantly to the scope and scale of violence and torture these women are continuously subjected to.

Many institutions and organizations around the world have been made aware of this tragedy thanks to the efforts of the Convoy of Conscience. A civil movement has emerged from this event as a result from the network and the bond established during and after the convoy. The civil movement named at The Conscience Movement will take up exactly where the convoy left off and continue its journey by working towards the immediate release of those unlawfully imprisoned women.  Following this objective, the movement will start with advocacy campaigning and diplomatic efforts. By forming international delegations consisting solely of women, contacts will be established with influential government leaders, international mechanisms, parliamentarians, religious leaders in order to push the agenda forward and request an active support for the immediate release of all unlawfully imprisoned women in Syria.

The Conscience Convoy Team counts on your continued support and cooperation at this imminent stage.