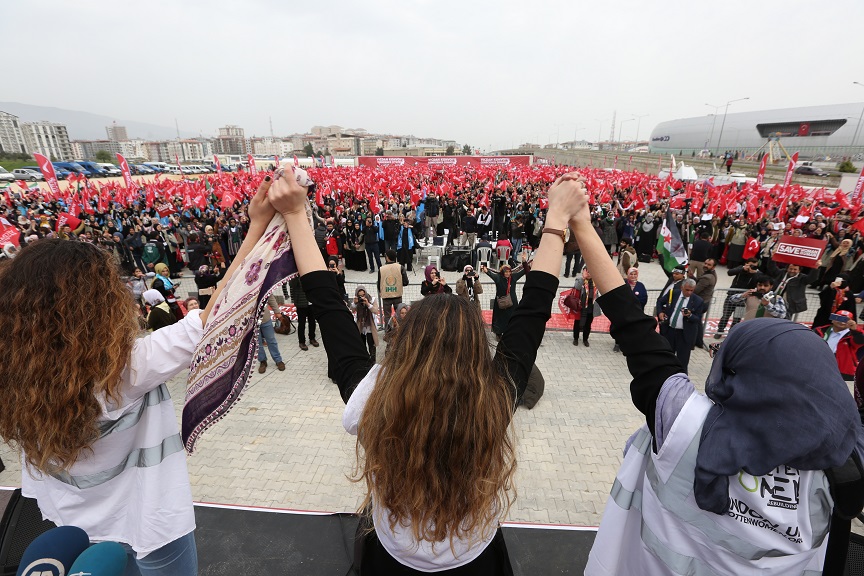 Made up of hundreds of women from all walks of life, including NGO representatives, academics, lawyers, journalists, civil servants, doctors, artists, sportswomen, politicians, housewives, and artisans we launched an initiative in solidarity with unlawfully imprisoned and persecuted women in Syria, to shed a light on to their plight and moreover to call for their immediate release from official and non- official regime prisons. In order to raise worldwide awareness for gender-based violence and to save Syrian women from the cycle of torture and rape, a network of influential women from various countries came together and started a civil initiative in the form of an international convoy named ‘Convoy of Conscience’ with the motto ‘Save Women, Save Humanity’. This call has reached women from all around the world and a convoy composed of 10.000 women from more than 50 different nationalities in hundreds of vehicles, followed a route across Turkey to the Turkish- Syrian border city in order to launch a global appeal on the International Women’s Day. Guided by their conscience, thousands of women appealed to the world on the Women’s Day to stand with those Syrian women who are being held unlawfully in Syrian prisons while being subjected to all forms of violence, torture and systematic abuse.